That one lady looks very suspicious of the “miniature musicians” 😀

Tales of One City

We’ve published some wonderful pictures of the early days of the festival on Capital Collections. This mini-exhibition is a set of black and white promotional images dated 1949, when the festival was still in its infancy. 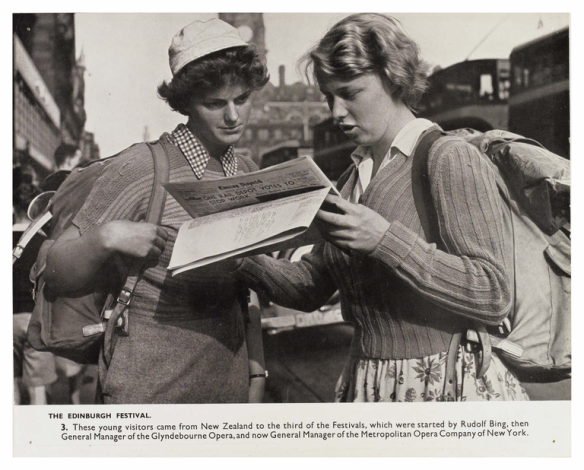 In 1947, following the devastation of World War Two, the International Festival of Music and Drama in Edinburgh aimed to unite people through a shared experience of art and culture, to “provide a platform for the flowering of the human spirit”. The city staged a major international cultural event, showcasing first-rate performances of classical music, dance, opera and theatre.

Since this time, the original festival has grown and flourished and spawned and inspired other festivals held during August and throughout the year.

This site uses Akismet to reduce spam. Learn how your comment data is processed.